Unipest is continuing its special video series on DIY pest control in Santa Clarita, this time focusing on how to get rid of mud dauber wasp nests.

Named for the nests they build out of mud, mud dauber wasps create holes in their nests for their larvae, and fill them with dead insects and spiders to feed on, noted Cardon Ellis of Unipest.

“The first question I often get is, are they dangerous and do they sting?” he said. “Generally the species is solitary and non-aggressive, but if you mess with them or you accidentally take them by surprise, they can indeed sting you.”

Proper personal protective equipment is necessary if the mud dauber wasps are still present, and older nests not in use can be removed using a flat, metal spatula or spreader, Ellis explained.

“Whatever tool you decide to use, you’re going to scrape off that mud dauber wasp nest, but go slowly,” he said. “You’re going to notice a bunch of spiders fall out and possibly maybe even some old larvae or little larvae sacs.”

After the nest is removed, Ellis advised pressure washing the area and using an eco-friendly, repellant-based pesticide spray to keep the wasps from coming back.

Next Ellis recommends implementing a “robust” pest control program on the property due to the fact that mud dauber wasps are an indication of other pests nearby.

“If you have mud dauber wasps, it’s usually a sign that you also have lots of spiders, lots of crawling insects,” he said. “There’s a food chain that’s happening that’s making it so you can have more and more of these mud dauber wasp nests, and they’ll come back generation after generation.” 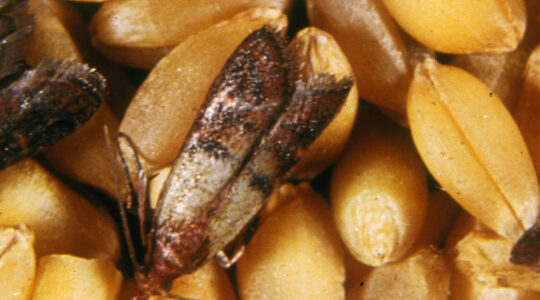 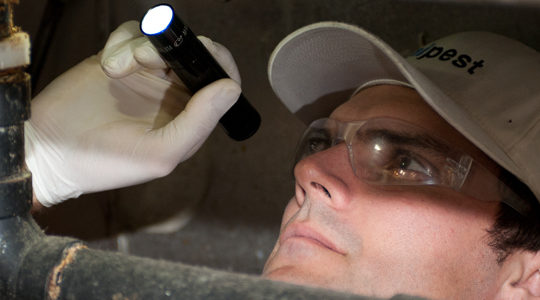 Pest Control In Santa Clarita: Skip Fumigation For The Treatment Of Drywood Termites