On a recent “Pest Talk” radio show, Cardon Ellis from Unipest had an entertaining interview with a wildlife removal expert on removing raccoons from attics by hand.

Ellis started out by asking Frank Ortiz from Advanced Wildlife Removal what the scariest animal would be for him to remove.

“Most of the time it’s raccoons, because they’re the most intense animal out of all of them,” Ortiz said. “They’re intense, they’re fast, they’re strong and they’re just really hard to deal with.”

Even though the diseases that can come with pests scare Ellis the most, he agreed that raccoons, particularly females, are at the top of his list too.

When asked what would be involved in taking a raccoon out of a person’s attic, Ortiz replied that he would try “pulling them out” with just his hands if he can, or he would use a snare pole if needed.

“It’s actually intimidating because you don’t know what’s going to happen,” he said. “Most of the time actually they’re kind of scared of you, … but they fight back no matter what, so it’s just very difficult.”

“It gets taxing if they want to run and jump over you and run down your back and take off the other direction,” he said. “They can do that and you can’t really maneuver.”

Ellis asked Ortiz if the raccoon would be able to get into the person’s house that way, but Ortiz noted that he completely enters the attic and closes the door behind him to prevent this.

“If masculinity is toxic, you are straight radioactive,” Ellis said with a laugh. “You’re like, ‘Honey, I’m going to lock myself in the freaking attic with this wild animal whose closest living relative is the North American black bear, … and I’m not going to let him leave until he’s in my bare hands.’” 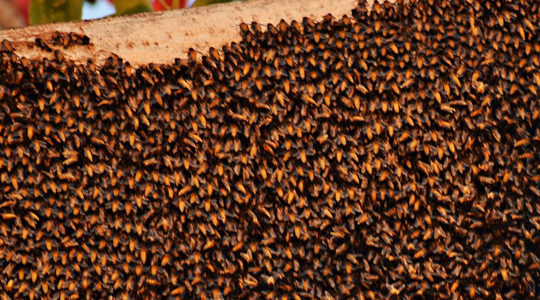 Santa Clarita Pest Control Has Never Been Simpler, Thanks To Unipest 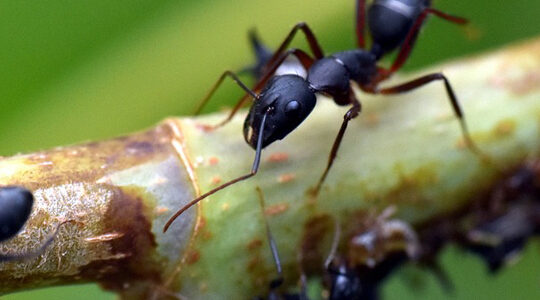 DIY Pest Control In Santa Clarita: How To Get Rid Of ‘Pantry Pest’ Indian Meal Moths